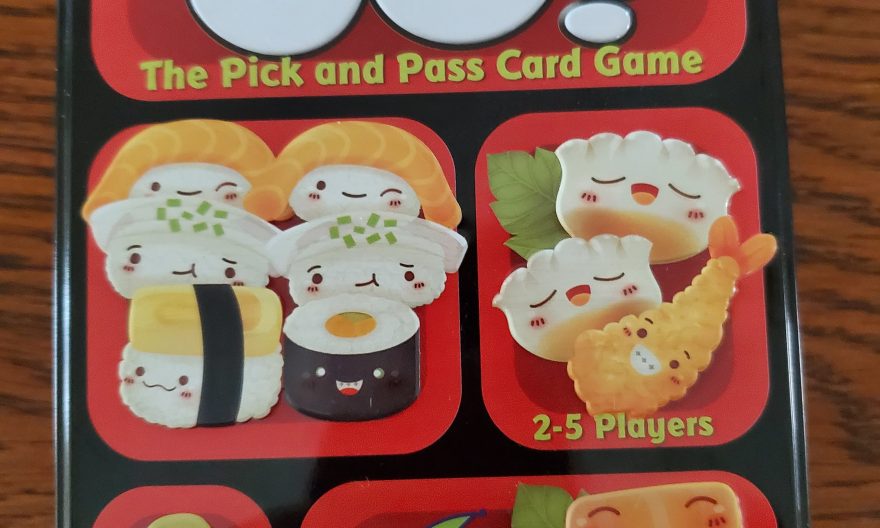 Sushi Go! is a fun, quick card game that takes place over 3 rounds. Players try to score the most points each round and overall to be the winner.

Players are dealt their cards at the beginning of each of 3 rounds throughout the game. The number of players determines the amount of cards each one receives. For a 3 person game, each player receives 9 cards to start the round. All players review their cards and determine one they want to keep. They place it face down in front of them. Once everyone has selected, the cards are revealed to all players. Each person then takes the remaining cards in their hand and passes them to the player on their left. This begins a new process of selection for each player and this step is repeated, with the remaining cards always moving to the next player on the left, until all cards have been selected and revealed. This ends the round. At the end of the round, all cards are scored and discarded (with the exception of “Pudding” cards, which a player keeps for scoring at the end of the game).

In Sushi Go! players are attempting to compile sets which will score the most points for them. In some cases, an individual card will score points. In others, the player must collect one or more to score points. There are special cards which can triple a card’s score.

There are a few special cards in the deck: