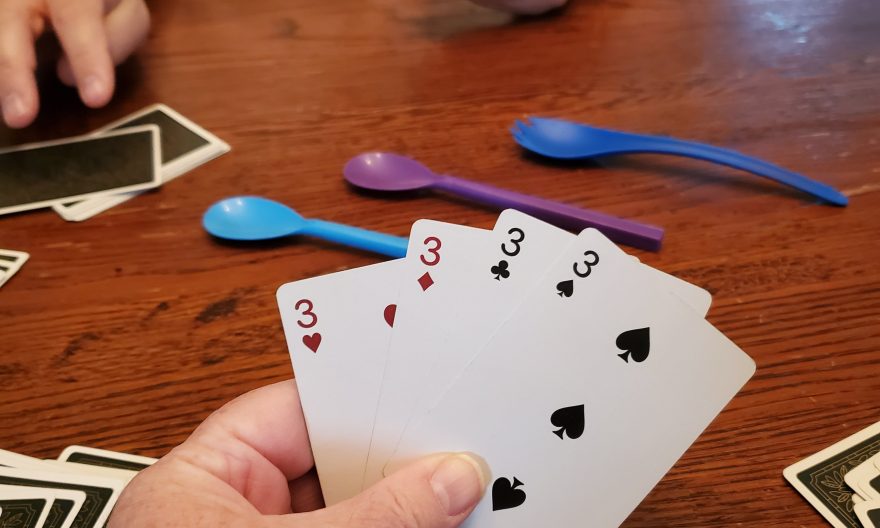 Spoons is a great game to play with children. Similar to musical chairs, the object is to keep passing cards from player to player and collect 4 of a kind.

Four cards are dealt to each player at the beginning of the round. The remainder of the deck stays next to the dealer and they continue to pick up a card, look at it, either replace one in their hand with the one they picked up, or pass it directly to the next player. The intention is to quickly move the cards around the table from player to player – with each player looking at the next card, replacing one in their hand with it, or passing it along to the next player. It should be fast-paced movement, so players are distracted from the center of the table where the spoons are laying.

Another round is started – with one less player and, therefore, one less spoon.

NOTE: If you do have or don’t want to use spoons, you can substitute for anything in the middle of the table, just be sure there is one less than there are players.