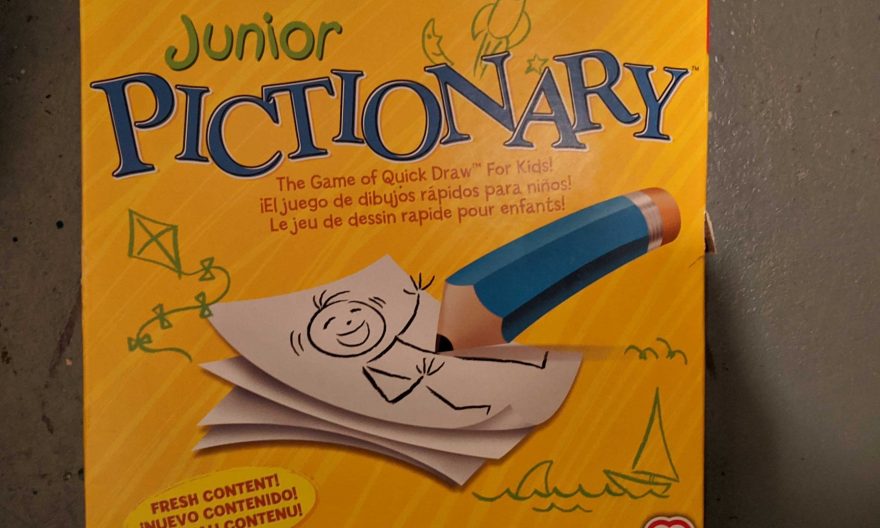 Pictionary JR. is a game where two teams compete against each other by having one person on their team draw what is on a card and have their teammate try to guess it.

The box should contain a rule book, the game board, two pads of paper, two pencils ( red and blue), two tokens (also red and blue for each team), two stacks of cards ( yellow and orange,yellow being easy and orange hard),a timer, and a die.

There is a board on which there are “All play squares” and there are also “One team play squares”. On all play squares each team picks one person to draw and one person to guess. The drawers pick up a card only one and pick which word they would like to do. then one of the guessers flips over the timer and the drawers start drawing. If a guesser guesses correct, the team that guessed correctly gets to roll the die next.

On one team play squares the team that landed on the square gets to do the process of guessing the word. If the team runs out of time then play passes on to the other team.

If a team reaches the end square then the team has to compete in an all play and win to win the game.

I hope you enjoy playing  Pictionary JR. with your family!