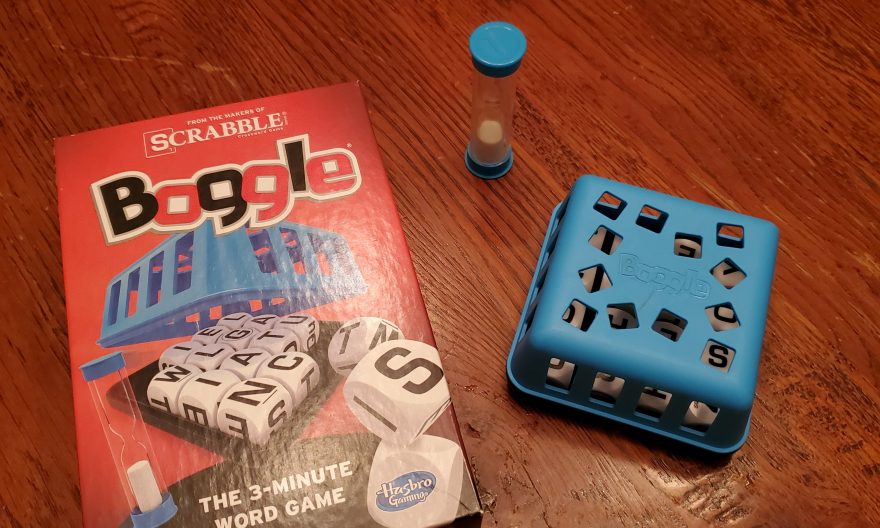 The appeal of this classic game is that any number of people can play and there is very little set up needed. In Boggle, players attempt to make as many words as they can from a random assortment of letters in three minutes.